Visitors in February and March

Before I get started, we want to say a big Thank You to Stefan and Rachael and to my dad and Lorie for bringing us so many things in their suitcases when they came to visit in February and March. Not only did they bring all the things we had ordered and sent to their houses and to my Mom's house but they also brought presents (and not just for Kyle)! 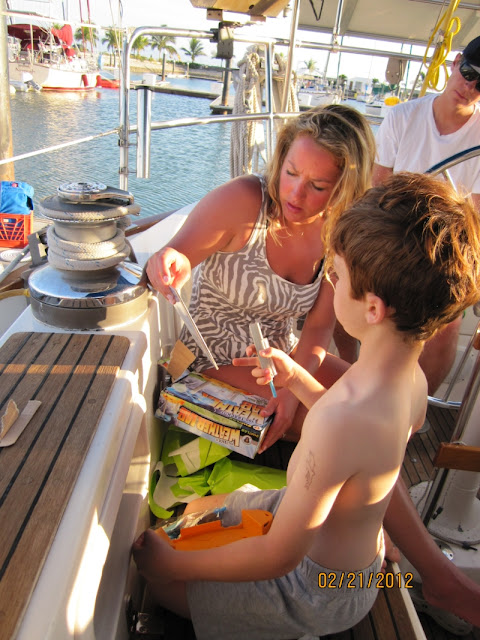 Stefan and Rachael, Ken's older son and his wife, brought a meteorological station and a three in one compass/binoculars/magnifying glass for Kyle.  Both toys became instant favorites.

Stefan and Rachael escaped from the cold of Broomfield, CO to warm up in Sayulita for a week and to celebrate Rachael's birthday. Sayulita is about 30 minutes away from La Cruz. We started out with margaritas on Sea Biscuit toasting to Rachael's birthday.

Ken, Kyle, Stefan and Rachael went out to Manzanilla Beach, north of the marina, and played around on the paddle board. 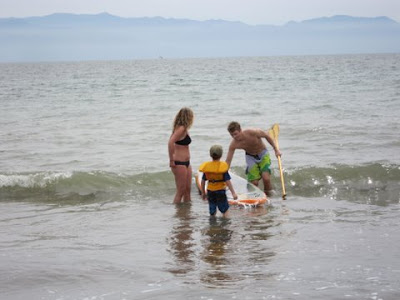 Stefan and Rachael went out in a boat with a local fellow to whale watch and saw quite a few whales.


Toward the end of their stay, we took them out for a sail on Sea Biscuit. Unfortunately, we didn't get to see any whales while we were out.

In early March, my dad and his friend Lorie came to visit. Our second set of visitors to La Cruz. Before they made it out to the marina, we visited them at their hotel in Nuevo Vallarta. We had a fun time at their hotel's pool.

They rented a car and drove us back to La Cruz. On the way back we stopped at the grocery store to buy a few things, including some birthday cake to celebrate my birthday.

Among many gifts, my dad brought a box set of Captain Underpants books for Kyle.  At first Kyle said, "I'm not into superheroes," but after a few weeks the books became keepers. Now we are reading them to him over and over.


My dad, Lorie and I took a trip led by our guide, April from Wave House, up to San Sebastian. Unfortunately Ken and Kyle didn’t join us since they both were starting to feel sick. Ken’s cold/flu turned into a cough that didn't go away until he started taking antibiotics.

The trip took about 2 hours of driving in April's van while she told us about the history, flora, and fauna of San Sebastian and Jalisco. San Sebastian lies at about 4,500 ft, so the temperature was very comfortable. The road getting there is good now, but 10 years ago, it sounded like quite an adventure to drive there on dirt roads that would wash out.

San Sebastian was founded in 1604 and was the mining capital of New Spain. Our first stop was at Hacienda Jalisco. The hacienda was the original ore processing facility. The owners of the mining operations used to stay with their families in the house while the silver was melted out of the ore in back of the house.  The Hacienda is now a bed and breakfast and a museum.

After the hacienda tour we had a delicious lunch at Comedor La Lupita, then toured the town of San Sebastian, took a hike up to a silver mine, and visited a coffee cooperative where the local coffee growers bring their coffee to be dried, roasted and sold. The coffee was delicious. 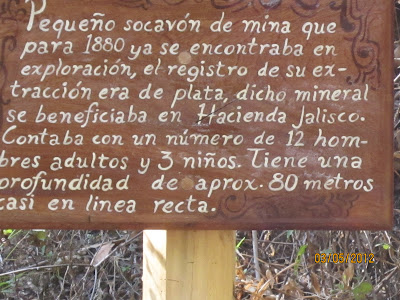 We brought our flashlights to light our way as we walked about thirty feet back into the mine.

We look forward to future visits from my Dad and Lorie and from Stefan and Rachael.

Another blog post should be coming soon.  Adios for now.

Posted by Voyage of S/V Seabiscuit at 3:57 PM