Before writing about Ecuador, a quick update:

After keeping the boat in Barra de Navidad in the marina for two months, we spent a few days in Tenacatita and on March 31, 2013, Easter Sunday, we left Tenacatita Bay at 9AM. Arrived back in La Cruz, near Puerto Vallarta, Mexico on Monday morning, April 1st, about 9:30AM. We had enough wind to motorsail at between 4 and 6 knots the whole time and conditions were excellent.

We are happy to have Sea Biscuit tied up snugly in the La Cruz marina and glad to see old friends again.


We are glad to be back in Mexico. This blog post is to catch you up on what we are doing and what happened with Ecuador. Many of you have seen that we are trying to sell Sea Biscuit and are wondering if we found a new home in Ecuador. The quick answer is – No, no finca in Cuenca for us (no farm in Cuenca). We do not want to discourage anyone from exploring Ecuador or moving to Ecuador with this post, but for what we were looking for, we didn’t find Ecuador to be a good fit. Perhaps we can explain some of our reasons why we came to that conclusion in this post and a few more to come.


First some background info - We traveled to Ecuador thinking we wanted to spend at least a year there, perhaps longer. Originally we had planned to sail there and keep Sea Biscuit on a mooring ball in Bahia de Caraquez. Instead of sailing, we ultimately decided to fly (see earlier post for details). The idea was, we would fly down, scope it out and then return to that town in Ecuador that we liked best.

We booked a six week trip to Ecuador for February through mid-March, thinking we would need that much time to get to know some of the towns and schools and find a good match. We envisioned finding a house to rent with a view of the ocean. For a number of reasons we were leaning toward the coast instead of the cities in the highlands, so we focused our search on towns between Salinas/La Libertad and Bahia de Caraquez. 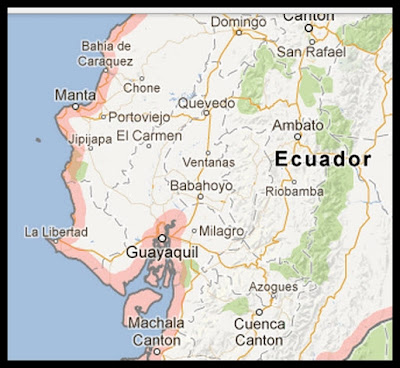 After three weeks we were ready to return to Sea Biscuit. We just couldn’t envision living in Ecuador and didn’t feel like seeing more of it would change our minds.

What were the reasons? I'll followup with more detail in a couple later blog posts, but to sum it up - the food was too bland and the cities on the coast just didn't have the combination of a bilingual school, the neighborhoods we had hoped to find, and that certain je ne sais quois that we were looking for.

Guayaquil in some ways appeared to have most of our wishlist items – schools close to nice neighborhoods, a larger variety of restaurants, larger supermarkets. Although it’s not on the coast, the Guayas river runs through Guayaquil and gives it a marine-culture. The lack of ocean and the sheer size of Guayaquil, with more than 2 million people, just didn’t make it seem like a place we’d want to live in, not to mention the crime statistics.

We were nearly convinced by an American couple to visit Vilcabamba and if all they said about it was true, it might have been a contender. Vilcabamba is near Loja in southern Ecuador at about 4,500 feet. They described the climate there as always mild and comfortable. The couple decided to buy land after traveling to Ecuador and spending a week in Vilcabamba and after 8 yrs they still love it. They regularly get massages for $15 and delicious $100 meals for only $12, prepared by a master chef from NY who now lives in Vilcabamba. They have a little farm outside of town with fruit trees and horses. However, they did say though that other expat families with younger kids wished the choices for schools in Vilcabamba were better. 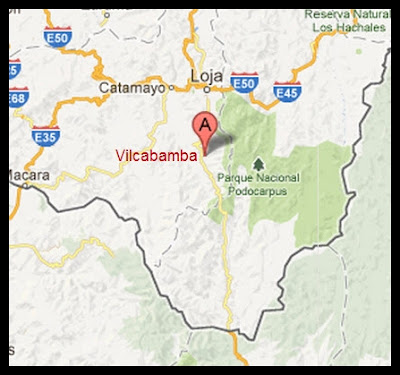 We regret not taking the time to visit Vilcabamba, but we had already driven inland to see Cuenca early in our trip and another big roadtrip inland would have put us over the edge.

Posted by Voyage of S/V Seabiscuit at 9:32 PM